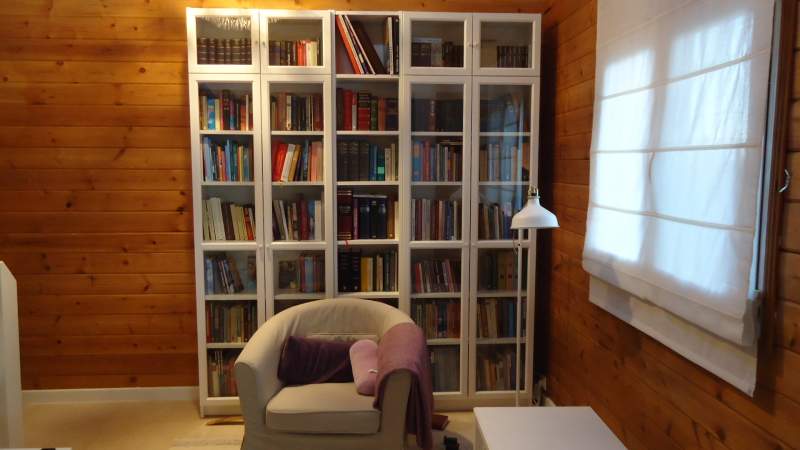 IKEA home furniture is affordable but you have to spend hours or even days to assemble all that you get in their numerous packages. Read here about my experience.

Recently, I have been buying a lot of stuff at IKEA. We moved into a new home with very atypical rooms and ceilings configurations, and buying at IKEA was a natural choice. As you probably know, they have plenty of options to optimize the space and to buy pieces that fit best. In our case, we have an angled ceiling in many rooms and some spaces under staircases.

So in the past couple of months, I have been at the IKEA shop at least twice per week. Yes I know, they have (almost) everything online, but sometimes this is not enough, you have to see the things and to understand how they work. Besides, I can transport many things in the car and do not need to pay for transportation that they offer when you buy online.

Though we did have to use their transport a couple of times, there were packages longer than 2.5 meters that could not fit in the car. So we have to pay around 40-50 Euros each time.

Do you have any idea what IKEA’s name means? It is correct to write it as IKEA and not Ikea because the letters come from the founder’s initials (Ingvar Kamprad), the family farm Elmtaryd where he was born, and the nearby village Agunnaryd.

This is all about a company that started in Småland, southern Sweden, in 1943. Nowadays, this is the world’s largest furniture retailer.

I may not be the sharpest knife in the kitchen, but I still have some life experience in doing practical works in the house. I also have some previous experience with IKEA’s items. Most of the time it all goes smooth, see the top picture above, this is IKEA’s famous Billy in its largest version, I assembled it for our library. But I have had some really bad days with IKEA’s products.

To realize what I mean, do you know that some of their wardrobes come in 38 packages? So imagine the mess when such a shipment comes. Some of them are long and very heavy. The biggest problem is that sometimes you do not know where to start because such packages are not numbered.

Think also about all that cardboard used for packaging, we had a couple of cubic meters of it yesterday, I put it at the entrance for the local service that collects these materials, it is a pity I did not make a picture.

But there are more serious issues. My latest purchase was a bench with drawers. It looked great in the shop and my wife wanted it, it was very expensive, but I bought it. The problem is that officially, it consists of three separate elements, in multiple packages. As you know IKEA operates globally, so the products are probably the same name in your area. So just to know what I am talking about, the bench is in their shop under the name Metod/Bodbyn.

The first indication of trouble (which I overlooked) was the fact that it was not in their online catalog. So in my several visits to the shop, I was collecting information about the bench. When it was at home, I realized that it had parts under several different names. More precisely, this is about i) Several Metod boxes, ii) The same number of Maximera drawers, and iii) the top bench surface which is under no name, I guess this might be the Bodbyn mentioned above.

In fact, the beautiful top surface is the same that they use for kitchen tops. I can see this from the pictures that came with it in the package. In fact, there are pieces that I shall not use at all because they are originally for kitchen elements where those Metod boxes belong.

I am now on my third day of dealing with this thing, I am not sure if I shall be able to finish it today. The main problem was the fact that the front face of the drawers should be under the top surface of the bench, but it turns out that the face is a couple of millimeters higher than the Metod box to which the drawer is supposed to fit. This means that the top surface cannot sit on the Metod boxes underneath it, instead, it presses the faces of the drawers.

So in my second day of dealing with this, I had to go to the IKEA shop to ask what to do. Oh yes, I know they have phones for contact, they have emails for contact, and they have a contact form on their site. See the picture below, they were careful to describe what to do when/if in trouble. But you know what, if you are in the EU, try to use these tools and you will realize why I had to go to the shop directly. This means driving almost 50 km in one direction.

So after driving 50 km, the answer I got “Normally, it should fit”. I am a bit allergic to such an answer. But indeed, in addition to this answer, the person showed me that there were screws on the sides of the complicated sliders of the drawers that allow for a couple of millimeters adjustment up and down.

But did I read the instructions? Of course, I did. And the mentioned adjustment was nowhere indicated. My guess is that this is because this bench is a Frankenstein, a collection of several different pieces, and they missed to make good instructions for this particular detail. It is fair to say that “normally”, Ikea’s instructions are indeed really easy to follow.

Anyway, the mess called Metod/Bodbyn IKEA bench is waiting for me downstairs, see the picture with the bench upside down, this will be my third day of dealing with it. Wish me luck.

I missed to say, the person in the shop told me that if I fail and could not manage to assemble the bench, they have a service for this. “How much?” Well, 20% of the price of the product plus 40 Euros. Now imagine, I already paid over 600 Euros for the bench.

I had several missing parts, so here are examples:

I guess you get the idea. I claim here that their online support is non-existing, and I told this to the person in their client service: “Do you know that it is completely impossible to contact anybody from IKEA?”. “Really? Normally it should be possible”.

I replied, “try yourself, call them.” He didn’t. Now you know why I am allergic to the word ‘normally’. But they work globally, so perhaps you have had a better experience, let me know, there is a comment box below.

So shall I buy at IKEA in the future?

The short answer is yes, I will, I already used the phrase about not being the ‘sharpest knife in the kitchen’. In reality, I do like the whole concept. On the other hand, I actually do not think that IKEA products are so affordable, but my feeling is that this is some general impression that people have about it. The truth is, there are many online sellers where you can find less expensive home stuff.

In fact, some use the word ‘cheap’ and not ‘affordable’, and this in the meaning ‘low-quality’. I do not think that IKEA’s products are of low quality. It is true that the materials are usually not durable, if you disassemble and assemble their furniture products a few times, you can throw them away.

Shipping which IKEA offers is also usually expensive. But they also cooperate with some small companies and sometimes the shipping can be reasonable. The Billy shelf shown above was delivered from a more distant IKEA store, and we paid 30 Euro for it. Then you have to spend lots of time and nerves to assemble things. From this perspective, I think their products should be far more affordable.

If they would pay workers to assemble their products, this would cost the company much more. Instead, they ship them flat to you so deal with them as you can, and do not count on their online support. Take my word for this.

But there are many reasons why I shall still go to IKEA. They are innovative and have some really creative designs. When you buy sofas at IKEA, you are almost always certain that the cover can be removed and washed, and I find this essential. You can also combine various items from IKEA, they have far less complicated things than my Frankenstein bench described above. I already noticed they sell bamboo panels which I shall buy and then make sliding doors from it for my next project.

Thank you for reading. Stay tuned and come back again, I shall add here the picture of my assembled bench if I manage to do this of course. It might look as beautiful as their Billy bookshelf shown above, which I assembled a week ago. Meanwhile, check under the category Home & Garden here in the site, I am adding texts regularly.

Addition: After a few extra hours, I finally managed, so here is how my IKEA Metod/Bodbyn bench looks from the staircase:

We are a participant in the Amazon Services LLC Associates Program, an affiliate advertising program designed to provide means for sites to earn advertising fees by advertising and linking to Amazon. As an Amazon Associate we earn from qualifying purchases. So when you buy something from this website, we may receive an affiliate commission with no extra costs to you.

We give our opinions and those are not representative of the companies that create these products. Our texts are based on our own experience and research. We never recommend poor quality products or create false reviews to make sales. It is our intention to present the best options and to explain products so you can make an informed decision on which ones suit your needs best.

The information contained in this website is for educational and informational purposes only and is not intended as health or medical advice. Always consult a physician or other qualified health provider regarding any questions you may have about a medical condition or health objectives.