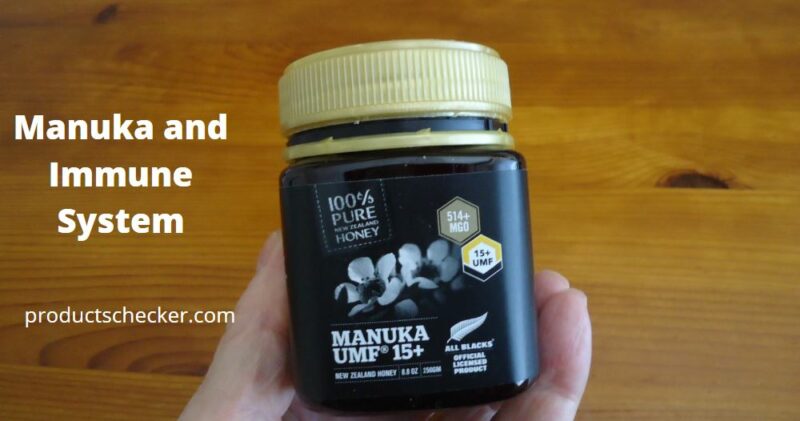 There are tons of materials about manuka and immune system in various sites around, and there is nothing new I can add to the manuka story excepts for some details from personal use in our family. So keep reading.

Just some basics you need to know

UMFHA is an independent body founded in 1998 to identify and differentiate the unique properties of manuka honey with the idea of protecting the manuka honey industry and consumers. All New Zealand honey companies who want to display the UMF trademark must be registered with the UMFHA and have a registered license.

In my family manuka honey has been used for some time first by my daughter and my son in law, and then by the rest of us. Both of them are quite exposed to infections. This is because the son in law works as a teacher in an international school, and my daughter commutes daily to the university where she works as a researcher and lecturer and she uses trains for almost 2 hours in each direction.

This is why they initially started using manuka, and they have been doing this for almost a year already. First, they were ordering it from Amazon, and the picture below is the first ever they ordered. But they are in the EU and shipping doubles the price which is already high, manuka honey is an expensive thing, just to know.

Then they decided to order it directly from New Zealand. Luckily, we have friends there, this is about a girl who grew up in the house across the street where we lived. She was the best friend of my daughter from her childhood, later she married and moved to New Zealand. So from time to time, my daughter asks here to send the honey.

Later, my wife started buying it for herself in a local shop, it was with the UMF label 25. The picture below shows the package in which it came, there was a plastic jar inside of course.

But the last shipment we received from my other daughter who bought it in Canada. She ordered it from Amazon there, and she came back recently because of all these current issues with the new virus spreading. The picture below is my own package which I am using as of the moment of writing this text.

So does it really work, can manuka improve your immune system?

It would be irresponsible to make any bold claims. But the fact is that my daughter and her husband have never had any respiratory infection after they started using manuka, knock on wood. This is a very pleasant surprise for my daughter who used to has such infections frequently.

But the following episode related to my son in law is really funny and it tells a lot. Some time ago he told me that students in the school once asked him ‘how come that you are never sick?’. He was surprised by this question, he was simply not aware of that fact. The point is that teachers do get respiratory infections frequently, this is practically always present in a class, so it goes from student to student, and teachers are there so imagine.

My wife has been using it for a couple of months only so it is early to say much. But this was wintertime and she did not have infections. I myself started using it later than my wife, so we will see how it works.

Here is something you should be aware of. According to the information I found on Wikipedia, not sure how accurate it is, around 1700 tons of mānuka honey is made on New Zealand annually. This is supposed to represent more or less all the world’s production.

But they estimate that some 10000 tons of manuka are being sold internationally as mānuka honey. Only in the UK, the number is 1800 tons. So you see the issue? This all cannot be the real manuka.

Therefore it is hard to know what you are buying. One way is to buy from New Zealand brands that are registered and have their license number.

Below I give a few of them, in no particular order. Note the following: I have checked each of them in the official UMF list, so at least this is certain, those are indeed the official UMF members. When inspecting the list of the brands we used (shown in the photos above) I was happy to realize that those also were licensed brands, you will find them in the items below.

Thank you for reading, note that we add texts here regularly so you might want to bookmark this site and check occasionally.

This product was presentation was made with AAWP plugin.

We are a participant in the Amazon Services LLC Associates Program, an affiliate advertising program designed to provide means for sites to earn advertising fees by advertising and linking to Amazon. As an Amazon Associate we earn from qualifying purchases. So when you buy something from this website, we may receive an affiliate commission with no extra costs to you.

We give our opinions and those are not representative of the companies that create these products. Our texts are based on our own experience and research. We never recommend poor quality products or create false reviews to make sales. It is our intention to present the best options and to explain products so you can make an informed decision on which ones suit your needs best.

The information contained in this website is for educational and informational purposes only and is not intended as health or medical advice. Always consult a physician or other qualified health provider regarding any questions you may have about a medical condition or health objectives.